I have been under the weather for a couple of weeks now but have been testing negative. Earlier this week Number One Son tested positive and I was still negative. Upto this point I had been the only family member to be free from the Rona.

Thursday night I had a bad night with breathing difficulties and a savage sore throat. Not to mention sweats and chills. Friday morning I tested again.

Got booked that afternoon for a drive thru which has confirmed that I am a positive person. Just waiting on the variant.

About two weeks ago, before this all kicked off, one of the Patreons I sub to posted this picture.

I saw this and had to have a variant of it. Knucklebones had made some scuttling bug-like legs for a previous model. I chopped them up in Meshmixer and cut’n’pasted the bits to extend them. With this I lasercut some bits to make two open troop carriers. I’ll show them in a later post.

That idea lead on to me thinking about about an armoured variant. More parts were lasercut then Papa Nurgle visited. Not really having the strength or motivation I pottered a bit each day making it.

This is the result

There are things that I like. Sculpts by Bob Olley and Kevin Adams. Gnomes from Ols School Miniatures. And parts from Ramshackle Games.

I don’t know what it is, but when I get a box of bits from Curtis my imagination gets fired up. This part might fit well with this, ooh and then if I add this etc. etc.

I’ve known about Ramshackle Games for about ten years, maybe a touch more. I started off getting some fantasy models.

In my Lead Mountain I have a mahosive squiggoth-like creature which is destined to be for my Orc Overlord.

Then a few years back Ramshackle Games had a Kickstarter for sci fi troopers. This was my starting point for my necromantic “Not Imperial Guard”.

Later Ramshackle ran a Kickstarter for the parts to assemble Jet Bikes. Obviously I sucumbed. I have only constructed one so far. Painting it would be nice.

Then I have recently been in the mood to bash up some tankettes for my Orks. Curtis, the ever obliging, helped.

Very recently I ordered some parts to make up a robot walker type machine. In the box was included a few other bits and bobs. This one was a personal project of Curtis’s for his Realm of Chaos warband. I saw it and it called out for a little floating platform. A sort of mini Slann.

Here is the walker.

And it is accompanied by a floating sensor/gun platform. Based on a Kinder Egg with extras from Ramshackle.

If you haven’t as yet come across Ramshackle Games do have a peek at the website. There is bound to be something there for you. Would free world-wide shipping be an incentive?

Just say I sent you

This model was loosely inspired by a model I saw in the Trash Bash Bits group on Facebook. The original was made from a fly-swatter. It wasn’t quite what I had imagined but it sparked an idea.

There were some issues, some of which I addressed in the next iteration.

Comparison shot of the two. You can see I have added some extra detailing to the cabin roof.

Iteration two with cargo and kitten for scale.

Iteration three will elimate these issues and hopefully be the final model.

Tonight, at around six (GMT) I’m getting my first review. Hopefully a positive one. 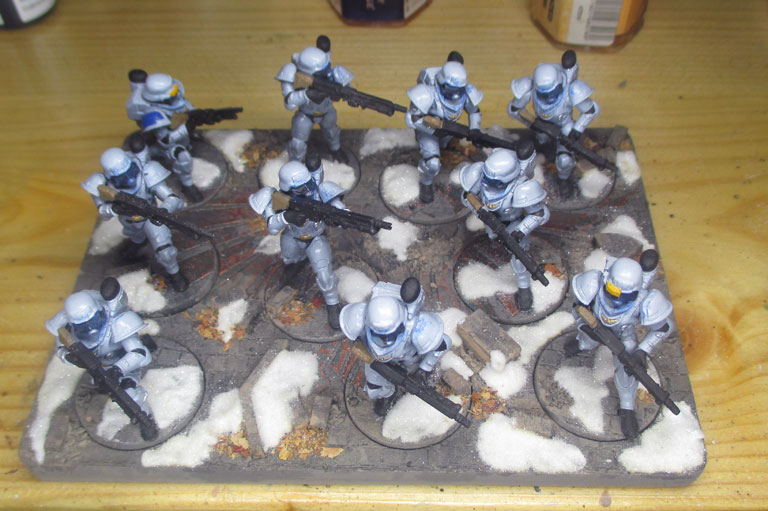 A really quick and dirty job. These are from Dreamforge Games and I’ll be using them as Storm Troopers in my Not-Imperial Guard Army. It was a quick hose with the airbrush and a few little brush additions. Not my best work, but I just wanted to knock one out and have something on the table in a couple of days.
These figures actually deserve a bit more time and attention as they have some lovely detail.

I would have written this a lot closer to the event, but I was a bit put off by events and didn’t really feel like communicating.
This was to be my fourth visit to the Austrian Salute, my third as a trader.
Plans had been made since Christmas to make and paint a display board. The aim was to win the prize for the best game. i may be crap at sports and generally poor at life but I really wanted to be good at something for once in my life. My wife thought I was bonkers and said that if I applied that much energy into other areas of my life who knows what i might achieve. I have proposed that she teaches me guitar for the next two and half months. It is something I have always wanted to do for a very long time. I actually bought a guitar thirty years ago. So maybe the time is now.
Note: this tuition hasn’t happened.
Two and a half months of feverish building and prevarication and one afternoon of actually playing the game. This seemed to throw up more questions than answers.
I had a t-shirt printed up for Number One Son and made sure the Gameboy had plenty of juice. 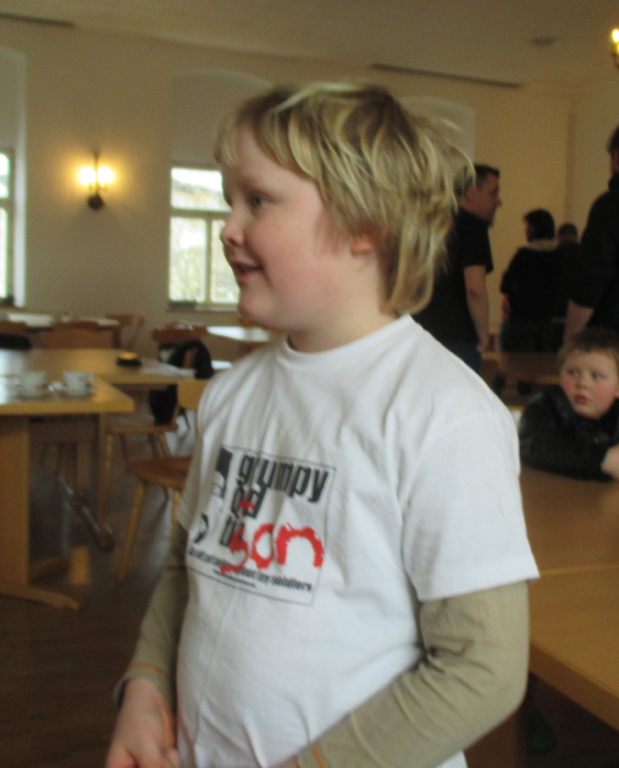 We arrived slightly later than planned which didn’t seem to be a problem as the venue hadn’t quite got it together to open up. Omens of later.
Setting up was slightly difficult as I had both Boys trying to “help” but it did get done. 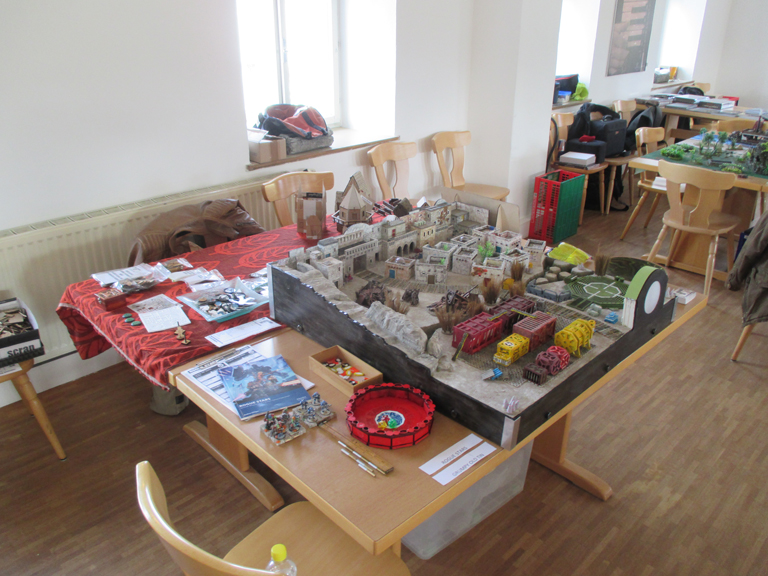 I managed to persuade my Son to play, but he only lasted half an hour as the Gameboy was more exciting.
After a very disappointing lunch (sent back for being unappetising after an hour wait and rude and abusive staff) it was back for the afternoon.
In fact the lunch experience spoilt the whole show for me and I wasn’t really in the mood for anything.
On the plus side, I did win best gaming table. 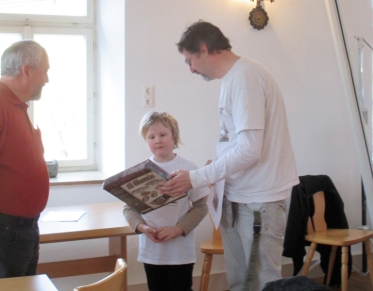 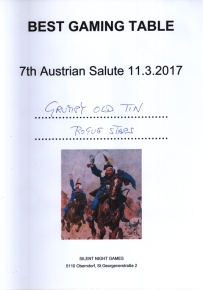 My overall impression was that it was a lot sparser than last year.
A more eloquent view of the show can be found here
http://www.battlebrushstudios.com/2017/03/show-report-austrian-salute-2017.html

The last couple of weeks have seen me quite busy producing stuff for our local school’s  Christmas market. 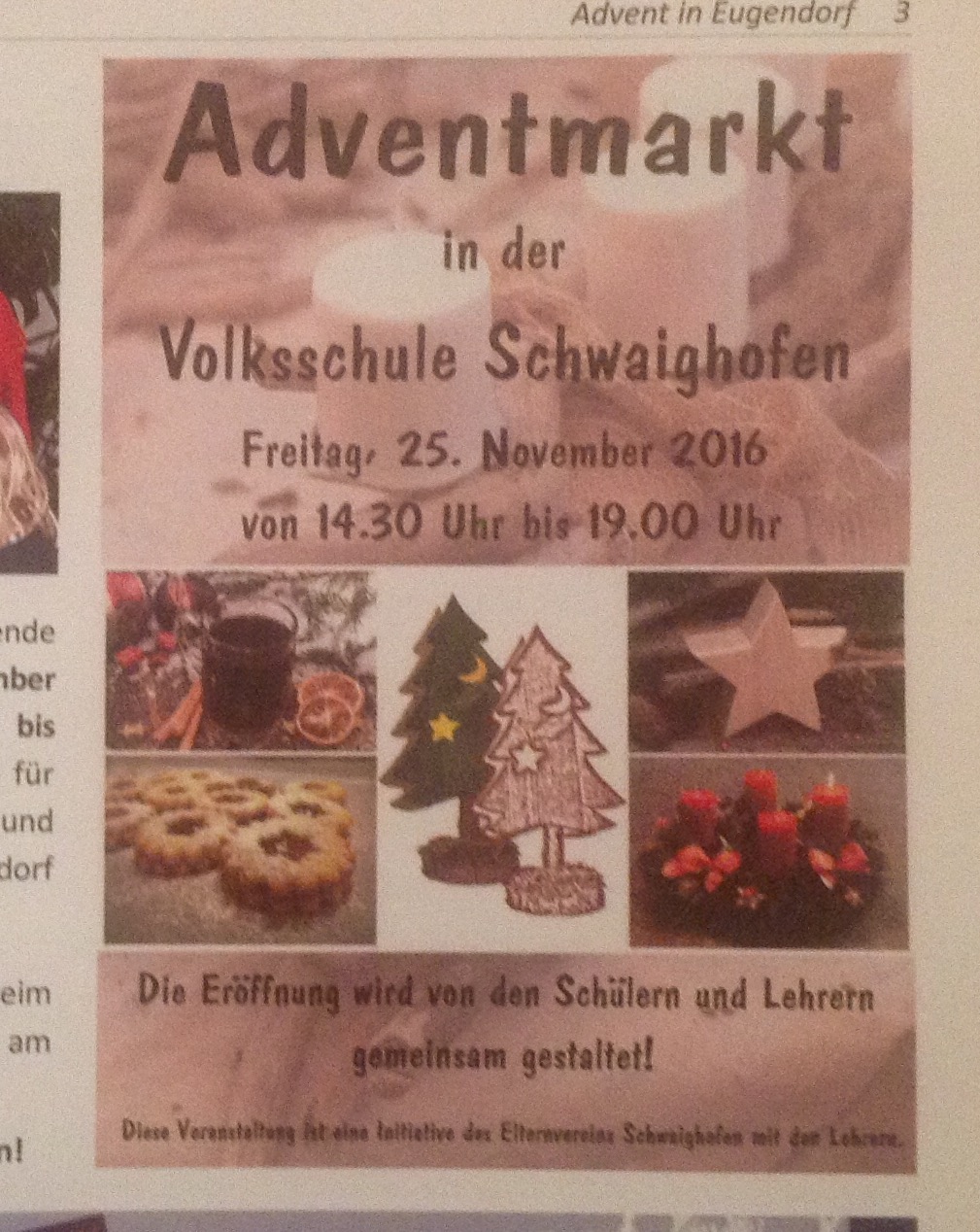 So I have been making snowflakes, and getting glitter everywhere. Tealight holders, tree decorations, advent countdowns etc.
Just to have a quick break from all this seasonal work I knocked up the artwork for these and cut them this morning. 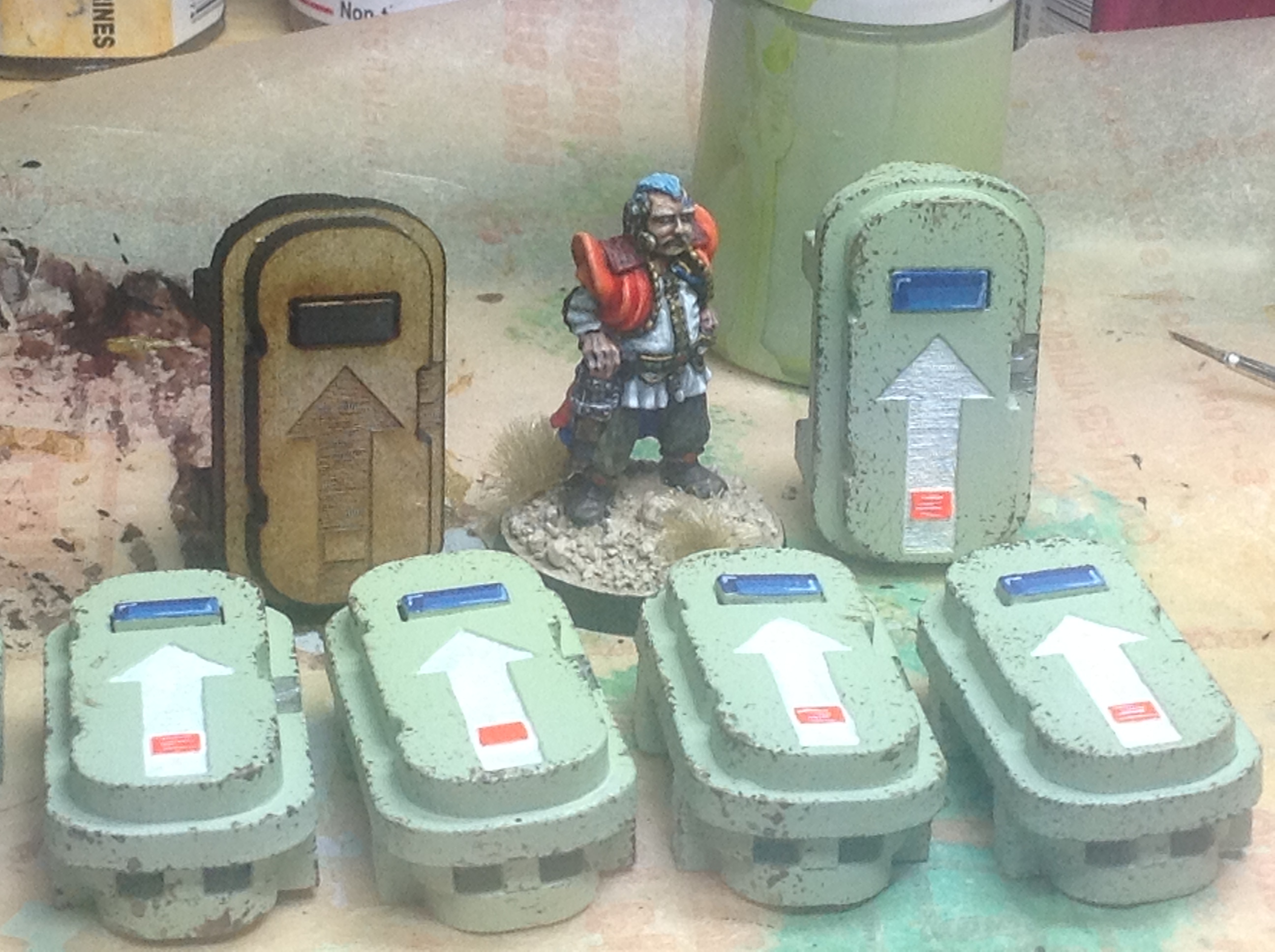 May I present the Corpse Containment Units. Useful for when dearly departed grandma has a little more life in her than expected.

Something I like to do, in the evenings (life permitting) is mucking around with sound. I want to make my gaming a little more immersive. This is one of my attempts. I am not able to post directly here, so here is a link to my website where I am hosting it. 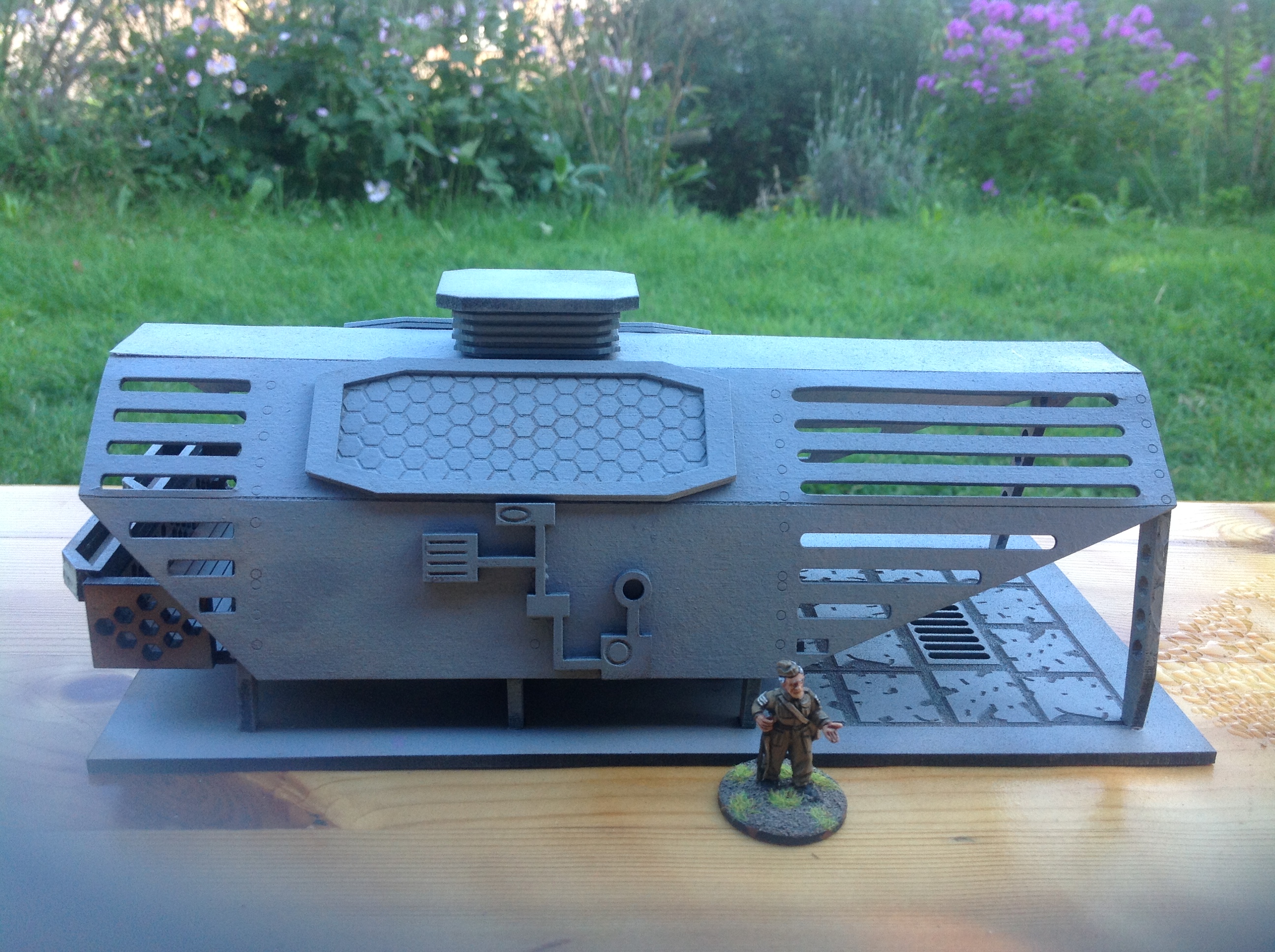 Just one minor adjustment, just extending a cut line by two millimetres, and it’s ready to roll. I already have an order for three, so not too shabby. 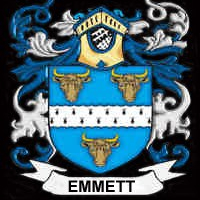 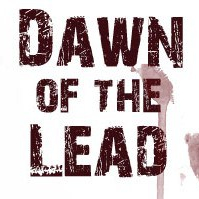