I did manage to do a few bits and bobs before and during my time at Electric Love, but I don’t seem to have photographed everything. I plan to remedy this before too long. 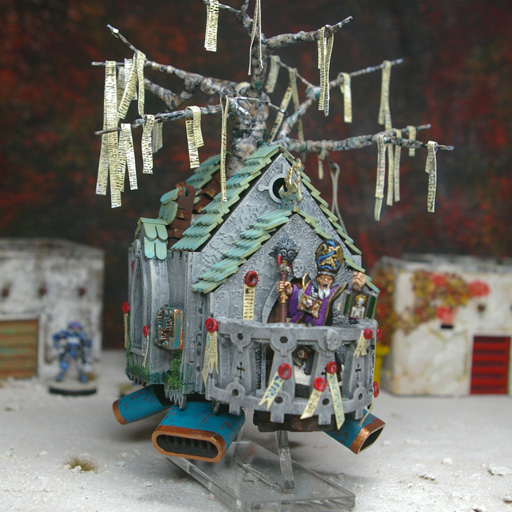 This was inspired by the Blanchitsu articles in White Dwarf and I rather liked the floaty bits that people had made. This is part of my ongoing Imperial Court which is slowly building up.

This is a little speeder I’d lasercut and will be putting up for sale.

My old gaming buddy Seb had sent me some figures. With them was this halfling which I liked but just didn’t quite know what to do with. So rather than having it sit on the leadpile I thought I’d paint him up and return him. I had a blast painting him and I made the most impractical gaming base ever.

This was the Mayor of Helsreach, a freebie figure from Curtis of Ramshackle Games.
http://ramshacklegames.co.uk/
He was given out at the annual BOYL event at Wargames Foundry

I really want to go to this one day.