Spoiler alert, this doesn’t contain much about SELWG.

It is a beautiful sunny morning here in Austria and it is hard to take in while I do my walk to the farm to get milk and gazing at hazy mountains that in less than five hours I’ll be in London.

The main purpose of this visit was to attend SELWG. The South East Wargames Group annual show held at Crystal Palace. The show is far smaller than the London Salute but much bigger than the Austrian Salute. I’d looked at the list of traders and there were a few of interest. I then went to each trader’s website and made a note of anything that interested me. Then I downloaded a plan of the venue and highlighted anything of interest. 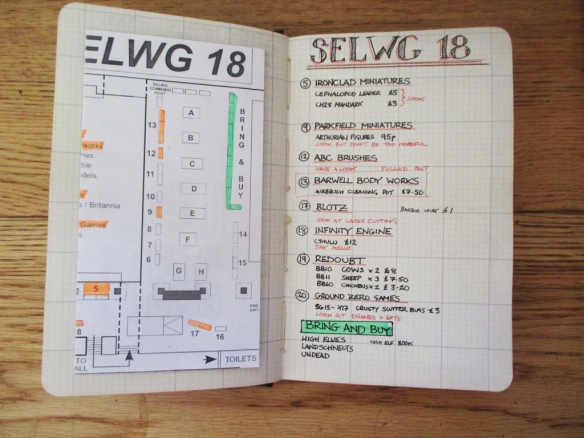 As the show is so small I plan to walk around first and then decide what I want to spend my money on. I did a couple of jobs recently where cash was “in hand” and this was to be my spending money. So I have a plan and a budget.

I’d packed a few bits and pieces as gifts for people I was seeing. One, a jar of mustard, was not allowed. I had mistakenly misunderstood that Ryanair would take my hand luggage at check-in, not after security. Luckily my Wife was on the other side of the barriers and was able to retrieve it from security. While I was waiting for boarding I spotted a bag with an Electric Love lanyard. I got chatting with the owner, Chris, and found out that he worked in the media side of the festival. He was going to London to see Chelsea play. The first thing he had planned to do when he hit London was have a pint.

The plane was late and we arrived after an unevenful flight forty five minutes behind schedule. I met Chris again as we waited almost an hour for our luggage. The coach into London was clean, such a relief after my last trip. There was a beautiful autumnal light shining through golden leafed trees and it made me quite homesick. Of course being behind schedule I didn’t have the time to eat at C&R Cafe which I had been looking forwards to.

I managed to get issue 2 of Warhammer Conquest magazine at Warhammer. Sadly no copies of issue 1. They evaporated the minute they hit the shelves, mostly to scalpers. No wonder, for £1.99 you got three space marines, three full pots of paint, a brush and a magazine. I had hoped to pick up a couple of copies for the Boys. Warhammer was pleasant, no hard sell and a chatty Red Shirt. A nice change from a couple of years back when it was sell, sell, sell.

I swung by 4D Models to pick up a few things that I couldn’t get cheaply in Austria. Then I hit Poundland for superglue and epoxy glue.  Something I found was a halloween bird skeleton which might come in handy for scenery.

Then on to my old house where I spent a pleasant hour or so chatting to Simon, the new owner.

Finally off to spend the first night of my trip with an ex-student and her architect husband. Their garden was full of concrete castings for the house they were building.

We ate at Vijay’s Chawalla

and it was as good as I remembered. 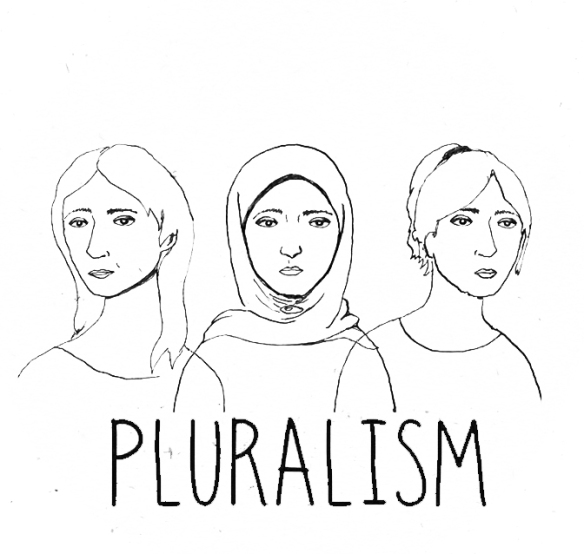 My friends good news was that she had got Arts Council funding so she could work on her graphic novel.

Saturday was a bit of a panic as the cashpoint ate my card. Aaaargh! Another full day of running about and meeting my Daughter. Forbidden Planet for the final book (no it isn’t!) of the Expanse series and a look around. The London Graphic Centre, a traditional sweet shop and something I had been looking forwards to for a very long time, traditional fish and chips.

This will be concluded in Part Deux. I’ve jost got a phonecall asking if I want to spend a week in Vienna working on an eGames event. Starting in a couple of hours.